Deputies raided an allegedly unlawful cannabis dispensary Wednesday morning in Spring Valley, seizing more than 3,000 pounds of raw cannabis and other products estimated to be worth more than $6 million, authorities said. 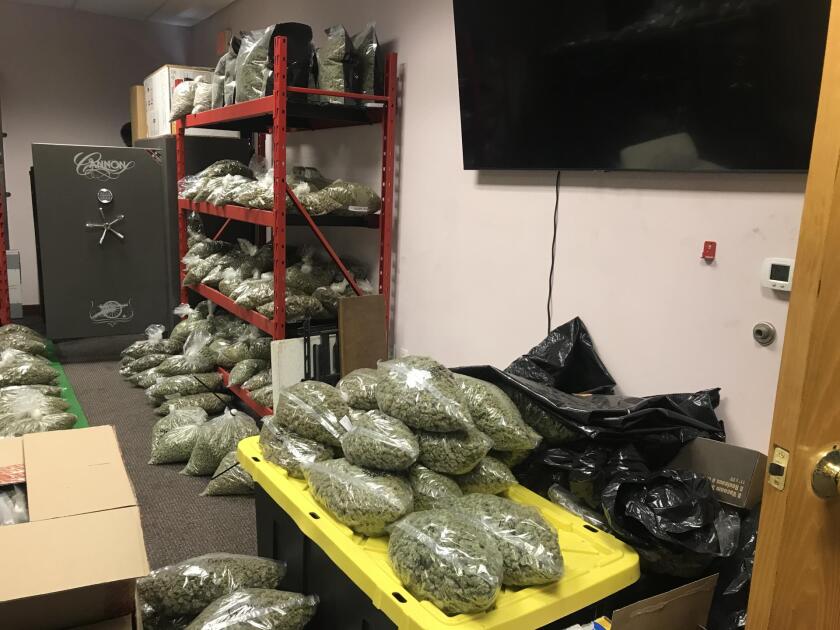 Deputies seized more than 3,000 pounds of cannabis, worth an estimated $6 million, during a Wednesday morning raid at an allegedly unlawful Spring Valley dispensary.

Deputies also discovered four handguns and a shotgun during the 11:20 a.m. raid at the shop on Willie Baker Way near Sweetwater Springs Boulevard, according to a news release from Sgt. Zheath Sanchez. The deputies seized $5,000 cash, as well.

Fire personnel were at the scene to inspect the business and found numerous code violations, the sergeant said. San Diego Gas & Electric removed power from the business due to those violations.

Despite the 2016 vote that legalized cannabis in California, county officials for years chose not to authorize cannabis businesses in unincorporated parts of the county. Despite the ban, many dispensaries have flourished in Casa de Oro and Spring Valley for years.

Sheriff’s officials said unregulated cannabis businesses in those areas have spurred criminal activity, including a string of incidents in early February that included a suspected arson at one business and a fatal shooting at another.

County supervisors voted 4-1 in January to create a new policy that will legalize and regulate cannabis growers and sellers in unincorporated areas.